A Decade with Pet Partners

Animal-assisted therapy is something that I have wanted to do my whole life. It wasn’t until I adopted a little shih tzu named Dixie that I realized that I had a buddy to do it with and I could really make my dream come true. 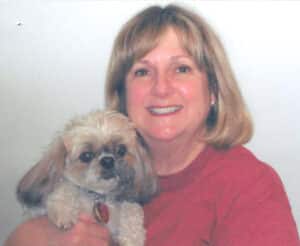 One day I was watching TV and a segment came on about therapy animals and how they were looking for volunteers to be able to expand their services on the Gulf Coast of Mississippi. I got in touch with Visiting Pet Teams of South Mississippi, a Pet Partners–affiliated group, and began the process to register as a therapy animal team.

After Dixie became a registered therapy dog, we eagerly began visiting at Garden Park Hospital. The hospital was glad to implement the therapy animal program at their facility. They saw the potential of the program and how it could be beneficial in the recovery of patients. We started visiting one day a week, then two, then three. Before we knew it, we were there for visits five days a week.

Gradually we increased our service to include other hospitals, hospice, nursing home, assisted living facilities, and memory care homes. Later we extended our service to the reading program at several libraries.

We had been members of Visiting Pet Teams of South Mississippi for about three years, when Dixie died suddenly of congestive heart failure. It was devastating for me, Garden Park Hospital, and all the facilities and people we touched along the way. The program was going great and the hospital loved it, and then all of a sudden it was over.

Exactly one year after Dixie died, I received a call from a lady who knew I did therapy animal visits; she offered me a shih tzu named Bella. I told my husband that this was a sign from above and that my mission was to help and touch even more people in need. Bella and I began the process all over again.

Three days later, God blessed me with another sweet little shih tzu named Abby. As soon as Abby was a year old, we took and passed the evaluation. My dream was back on track. Now I had two therapy dogs and could deliver double the blessings. Since that time, we now go six days a week and sometimes seven. 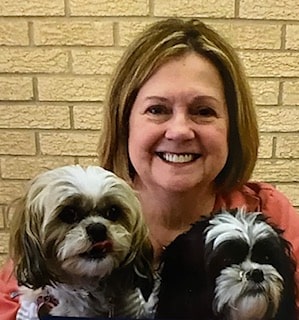 Mary with Abby and Bella

There are hundreds of touching and heartwarming stories that I have had the pleasure of experiencing through my years of being a Pet Partner. It has taught me to be a better person and to have more love and compassion for others.

Since joining Pet Partners in 2010, I have accomplished many things through my visits with my dogs:

With over 8,000 hours dedicated to our therapy animal visits, we have no intention of slowing down. I am truly blessed to be given the opportunity to belong to such a wonderful organization, and be able to touch so many lives with love and compassion, as well as to comfort the elderly and the dying, making them feel that someone really cares about them, especially the ones that have no family.