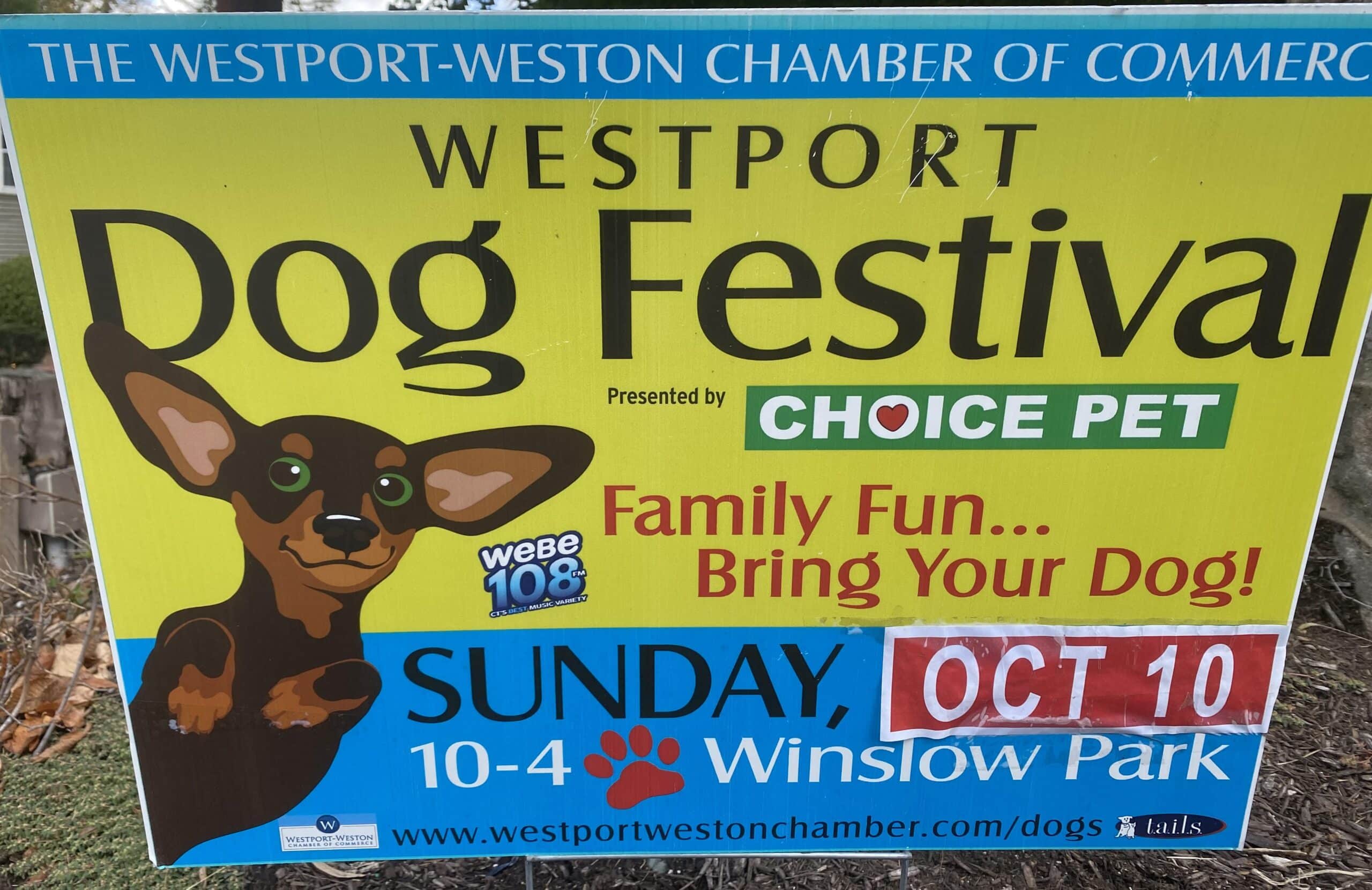 Pet Partners teams from Fairfield County, CT had a great time at the recent Westport Dog Festival. 700 dogs and 2300 people attended. Our booth was the busiest on the field.

We had a bake sale: 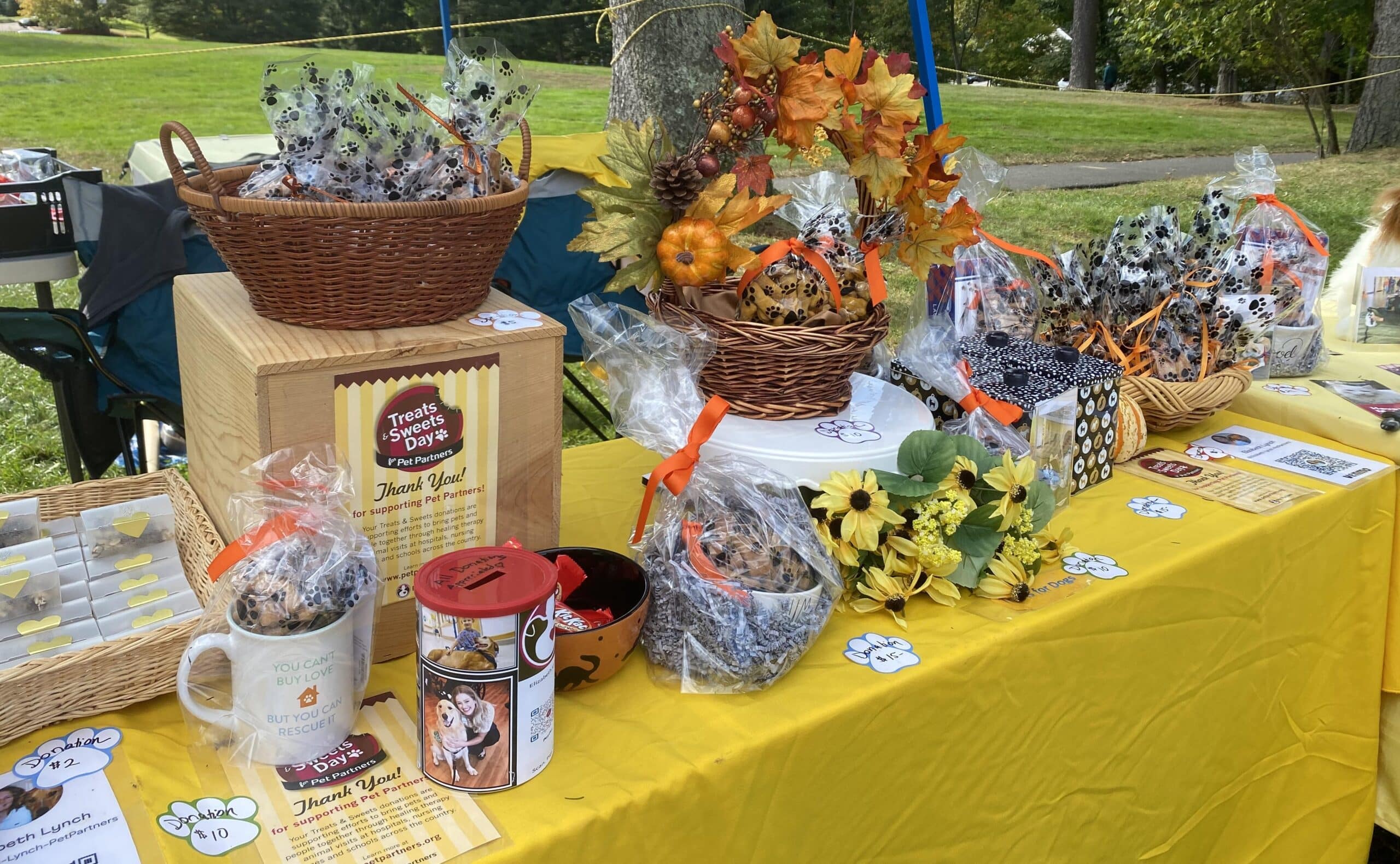 Provided literature about the power and science behind AAI: 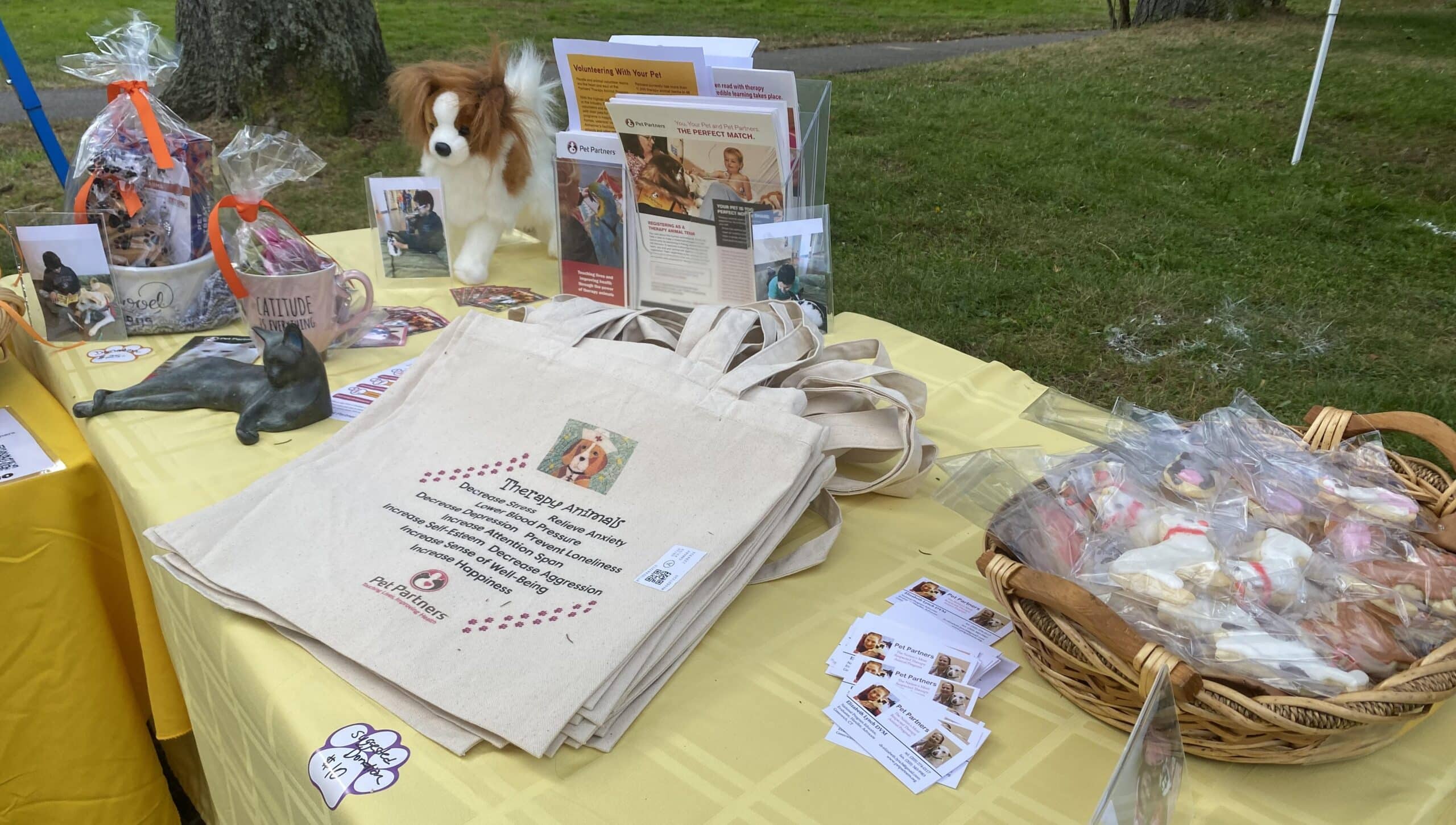 And offered free sessions with our therapy animal teams: 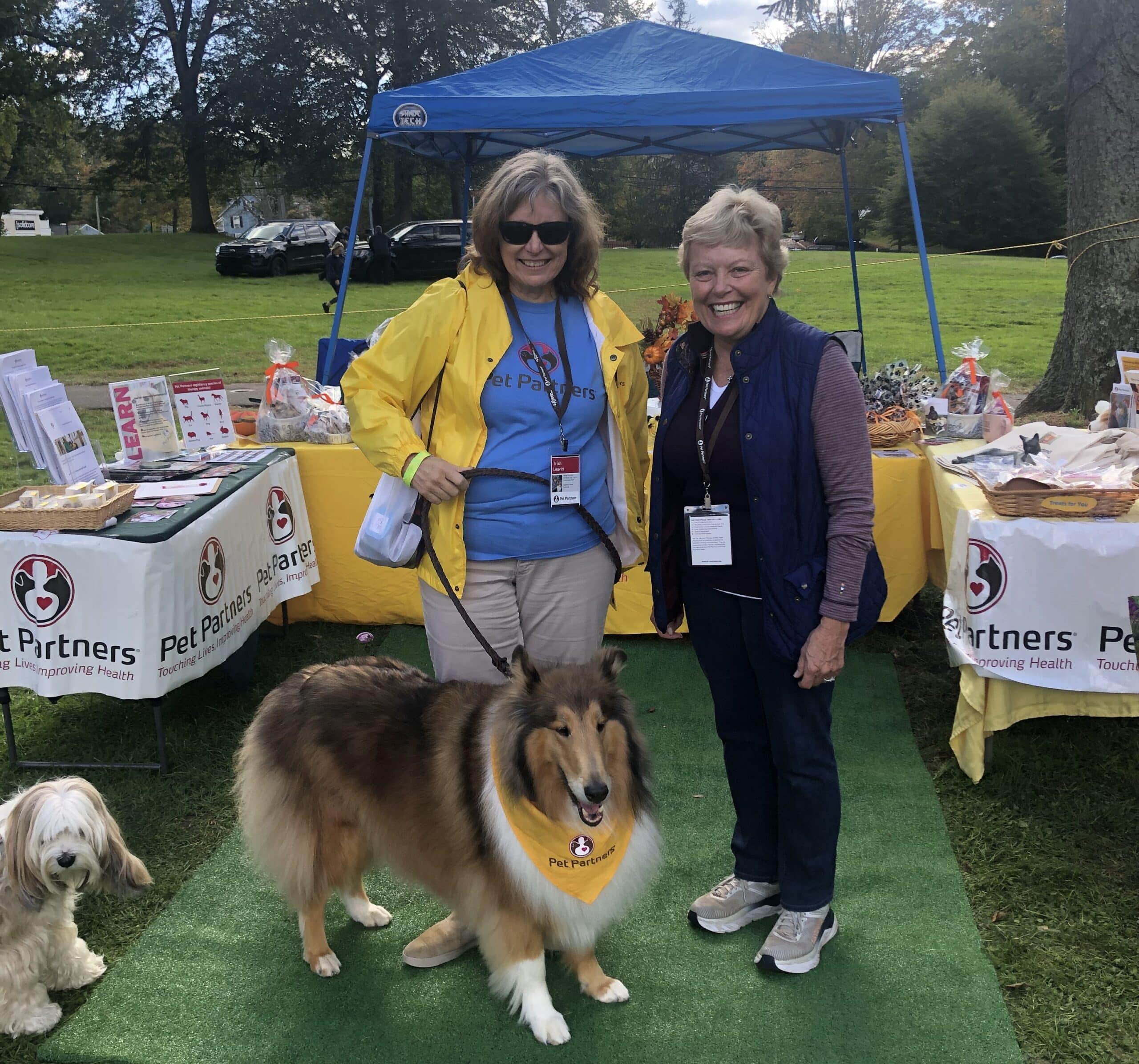 We raised close to $500 and identified 12 potential therapy dog teams. Three businesses pledged to help find potential therapy dogs in the community, and a dog walking service will have a team for the world’s Largest Pet Walk next year. And 36 people signed up to volunteer at future Pet Partners evaluations.

My most heartwarming moment came at the end of the day when most folks had left the festival. A father brought his two young sons to the Pet Partners booth. The boys were probably 4 and 6 years old and very afraid of dogs. The father patiently talked to the boys and engaged therapy animal handler Angela in conversation about her dog, Teddy, a cavalier King Charles spaniel. Angela is a teacher and she knew just how to engage and assuage the children’s fears.

Angela sensed that the younger boy was still not convinced that Teddy was safe to pet. Angela gently asked if he would feel safer if she picked up Teddy and held him while the child petted his soft fur. The child agreed, and with the help of his father’s hand atop of his, he gently stroked Teddy’s back.

Minutes went by as the boy, timid at first, slid his hands over Teddy’s back. He gained confidence and began to feel the fur as he stroked, and finally buried his hand in Teddy’s silky coat. With everyone masked, I couldn’t see the smiles on the faces of the father and sons but the crinkled corners of their eyes showed their pure joy and pride of conquering a long-held fear.